Semantic Textual Similarity (STS) assigns a score on the similarity of two texts. In this example, we use the STSbenchmark as training data to fine-tune our network. See the following example scripts how to tune SentenceTransformer on STS data:

In STS, we have sentence pairs annotated together with a score indicating the similarity. For the STSbenchmark, the scores ranges from 0 (the content of the two sentences are competely different) up to 5 (the two sentences are identical in terms of their meaning). To train our network, we need to normalize these scores to a range of 0-1. This is simply be done by deviding the score by 5.

To store our training data, we create a list with InputExample objects. Each InputExample contains the sentence pair together with the label (score) that ranges between 0 - 1. A simplified version how the training data has to look like is the following:

As loss function we use CosineSimilarityLoss. 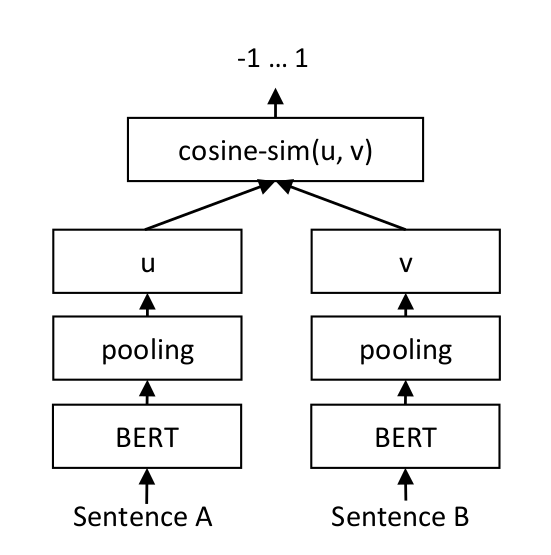 This training in a siamese network structure is done automatically when we use CosineSimilarityLoss.