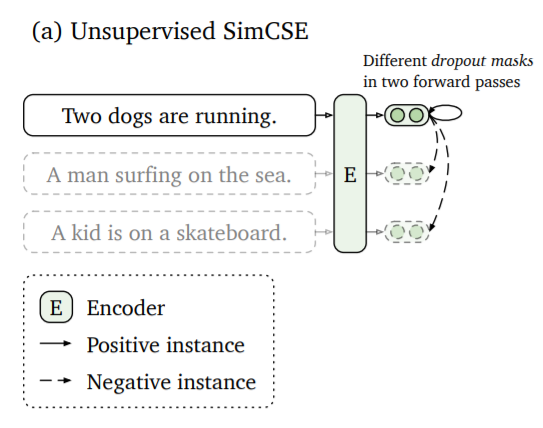 train_simcse_from_file.py loads sentences from a provided text file. It is expected, that the there is one sentence per line in that text file.

SimCSE will be training using these sentences. Checkpoints are stored every 500 steps to the output folder.

We use the evaluation setup proposed in our TSDAE paper.

Note: This is a re-implementation of SimCSE within sentence-transformers. For the official CT code, see: princeton-nlp/SimCSE